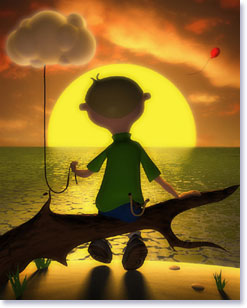 Paul Woodward is a school teacher who uses 3D in his design and technology classes, but his use of trueSpace goes beyond that into something more creative and artistic as he also writes and illustrates children’s books.

Paul started using trueSpace over 10 years ago, but only started using it for illustrations about 6 years ago. In his own words, here was the incentive for branching out into this new area of work:

« My wife and I had just had our second child and I was reading a lot of books to our eldest who was 4.

I found a great deal of these books to be very boring for an adult to read, and this boredom seemed to pass on to my daughter. While there were some classic books such as Dr Seuss, I was not too impressed overall with the books I was reading, and I had an idea for my wife to write a book while I illustrated it.

Remember that this was in the very early days of CGI movies and was a pretty daring leap into 3D illustration for children’s books!

Thus the Buddyworld series was born, although it was from humble beginnings and my wife never actually wrote any of the stories in the end! That was 6 years ago now, and alongside my other hobbies and pastimes (oh, and work of course) I have written and illustrated 23 more stories. 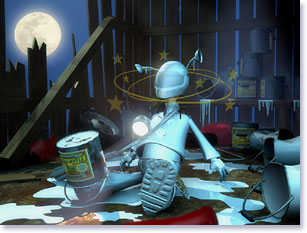 Obviously my experience with trueSpace was an important factor in the software I chose to make my illustrations, even though I cut my 3D teeth on Alias Studio in the early 90’s. I also wanted to explore 3D as a medium and thought the idea of having what are now commonly called ‘digital assets’ would help in creating a world of characters that could be rearranged and tweaked for many different stories once they were made. 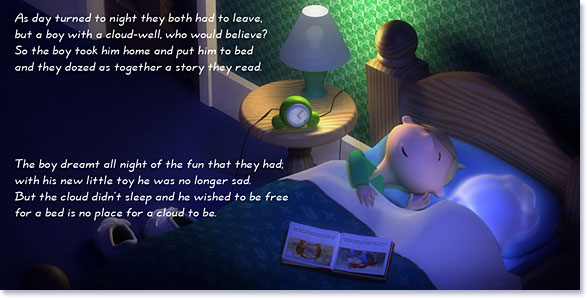 I have always thought of these characters and scenes as just like the action figures which I would pose when I was a child to act out the stories I had made up in my head – now I do the same but all inside a computer! 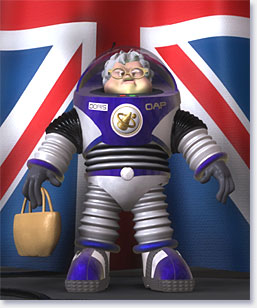 had used traditional media for illustrations prior to this and had become pretty proficient in airbrush and marker work, but it took almost a full week to complete an illustration using that approach, and I wanted a ‘proof of concept’ for these books as quickly as possible. trueSpace let me do this and has never let me down since. If I had not used 3D I don’t think I would have even completed that first book.

Having digital media also means that I can return to those scenes, load them up and tweak them to bring them up to date with fashion , trends and even my own growing skills! »

Paul’s work has indeed continued to grow, with an increasing list of memorable characters such as Harold, Doris, Lily and more.