In spring 2009, when Roman Ormandy announced the closing of the historical Caligari’s forums, a new forum came up : United3dArtists. The idea behind this name was to provide the very friendly trueSpace community with a united collaborative space, while most of us were supposed to move onto other 3D programs. But although many trueSpace users have learnt different 3D tools, trueSpace is still the primary topic of the forum. 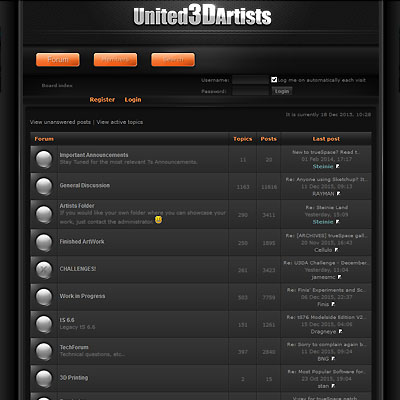 As we write this page almost six years have past since the ending of Caligari’s forums, and United3dArtists is has become the new official trueSpace forum : the forum is still active with new posts every days, 3D challenges, artwork uploads, and more ! 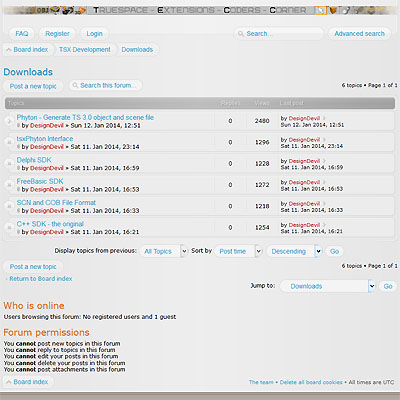 With almost 50 000 posts, United 3D Forum has become a very dense place and ressources relative to trueSpace extensions development tend to get lost among that rich content. TrueSpace Extension Coders Corner is a complementary tool dedicated to SDK, tutorials and development tools. 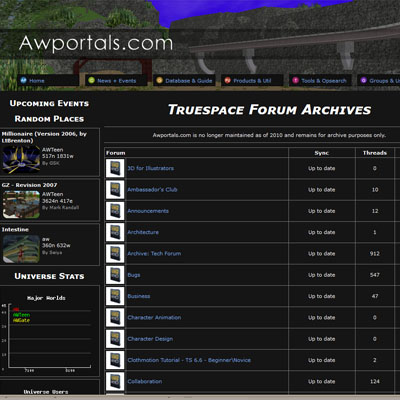 Just before Caligari’s forum servers closing, a backup was made to keep its valuable information still available for all.
It is now hosted on AwPortals website. 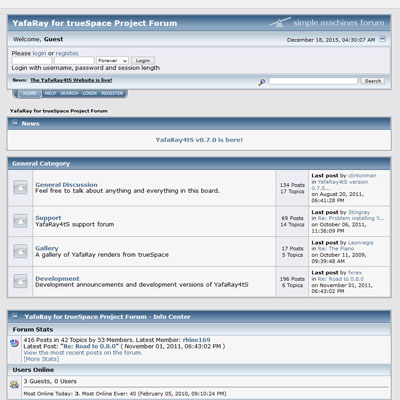 YafaRay4tS is a collaborative project to create and maintain a free add-on for Caligari’s 3D content authoring envirionment trueSpace 7.6 that allows users to export and render their 3D projects via the photo realistic freeware render engine YafaRay.