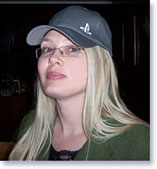 Vickie Eagle has been designing games for 6 years now, and thanks to her portfolio of work made with tools such as gameSpace and Realm Crafter, she recently landed a job at Solstar Games.

Breaking into gaming is something that many people dream of, but few seem to achieve, and Vickie is one of those few – so we set out to find out more about Vickie’s success story! 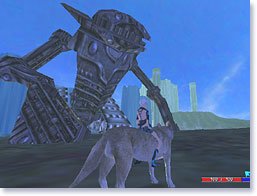 Tom: When and how did you first get started in 3D, and in making games?

Vickie: I first started about 6 years ago; I have always had an interest in how games were made so really it didn’t take much for me to get started. I found the 3DRad engine while searching for engines that I could afford, and I took to it like a fish to water.

To use 3DRad I needed a 3d modeler. Well 3D Max was way out of my price range and the free modelers were, well, just cheesy and hard to use. The first modeler I really got some use out of was trueSpace4.3, which I used in the creation of the games Mega-Mash and Pod Pit, and in fact I still sometimes use it today when I’m not using gameSpace. 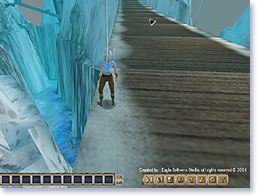 Tom: What achievement are you proudest of so far?

Vickie: Besides the birth of my son, I would say that biggest achievement I have had so far is when a game I wrote called Pod Pit made the top of the “Most Popular Downloads” list in Germany! Over 140,000 downloads – this was back in 1999, but I still think it’s cool that Pod Pit was downloaded more times than Half-Life in Germany – I guess they really liked it.

Professionally my biggest achievement was landing a job at Solstar based solely off the screenshots of my work. When they saw what I could do, they asked me to work with them!

Tom: What you’d most like to achieve in future?

Vickie: I would really like to have a full-blown game development team with corporate backing. 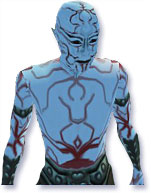 I think if I had the funding to put together a professional development team I could make games that would compete with EIDOS and Blizzard.

Tom: When did you first use trueSpace and which version?

Vickie: The first version I ever used was a demo version of trueSpace3, and it was right after that I bought trueSpace4.3. So I started using it about 6 years ago. I have really enjoyed using the different versions of trueSpace, but then Caligari released gameSpace, and I knew I had to have it after looking at all the game development tools and formats that were built in. As soon as I started using it, I put all the other modelers I had aside.

Tom: What is the most challenging thing about making a game? 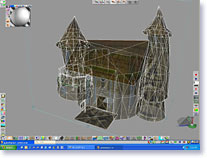 Vickie: Believe it or not it’s the idea or game concept. Making models is fun and easy and scripting isn’t that big of a deal. But like all things,

without a direction or a good plan you cannot get very far. I highly encourage anyone wanting to write a game to first sit down and put his or her idea on paper from start to finish. Then stick to the plan you made and do not deviate. This will help you stay focused and give you a good guideline to follow. You really need to do this for every part of the game. Let’s take the example of making the guild house for the game Witch Gate: 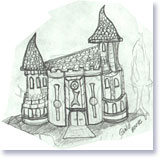 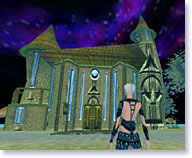 You start out with a hand drawn picture of what you want it to look like. A lot of modelers will take drawings like this and attach them to the background in their modeler and use them as a guide to build the model, which is fine. Me, I just like to draw it and then make the model freehand.

So next you make the actual model and apply the skin to it based on your concept art! After you have finished making the model you export it and load it into your game engine. 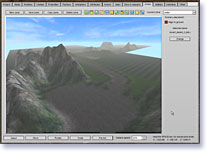 And there you have it from concept to finished work in-game. Notice how the finished product sticks to the initial image – I didn’t go changing the concept as I went along. Everything you do to create your game needs to follow a plan of some sort, or you will be spinning your wheels instead of spinning heads. 😉

Tom: What is your role at Solstar Games?

Vickie: They picked me up to do testing and to create demo games showing the features of
their engine, Realm Crafter. 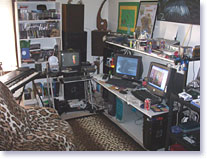 Tom: What developments or changes in 3D would you find most beneficial for your work?

Vickie: If I had one wish for the future of 3D, it would be to have an automated way to generate flattened UV maps for adding skins to models.

I have always wanted a better way to create UV maps (skins) for my models that was simple and fast!

Tom: Do you enjoy creating 3D objects, or are they just a means to an end for making your game?

Vickie: Making the model is where I have the most fun! I really like making models and find it soothing and rewarding. I have been making models for games for some time now and would still be doing it for free if Solstar had not recruited me to work for them. 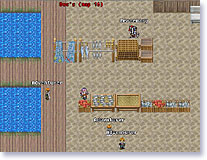 Tom: Have you ever made a 2D game?

Vickie: Yes I have actually; I made a game called LUFOR the Final Battle that is also a MMORPG. I used a freeware engine called Eclipse to make it with; I highly recommend this cool little engine!

I plan to use this engine to make a Diablo type game, using gameSpace to make the models. I will save screen shots of them to use as Sprites! This is really my pet project that I play with just for fun!

Tom: Tell us about Witch Gate, what is the in-game background story?

The world itself is made up of floating islands that can only be accessed by traveling through the Witch Gates. The Ocean surrounds the world of floating islands like a huge bubble, keeping the life-giving air from floating out to space. Each island has a sect that occupies it; some are nice, some are very dangerous. And the adventure begins!

These sects are made up of Elves, Dwarfs, Nomes, Humans, Goblins, Trolls and Dragons. The story centers on a great quest, as all of the sects are trying to find the seven Stones of Light. When these are found, the one that combines the stones will have the power of a god. 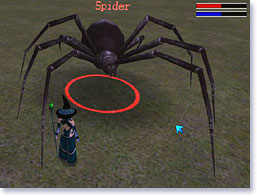 You must choose what sect to be part of, and either work as a team or by yourself as a rogue to find these stones. The quest will be long and hard, but it must be done. Each player will choose what sect to belong to, and what class to be. The classes include Fighters, Witch Doctors, Sorceresses, Witches, Rogues, and Dark Wizards. Each class has its own set of special powers, which you can build on.

Here is some insight on what happens in the end! Once a player or group finds the Stones of Light, they must take them to an island that is not on any of the maps. This island was created by the Ancients and is actually a space ship. Once you place the stones in the containers it starts a great storm that will collapse the sky ocean forcing the islands to collide with one another – but this does not destroy the world! Instead, what it does is reshape the world back to its original shape, a globe called earth. Then the second part starts…. but you will have to play it to see what that is! 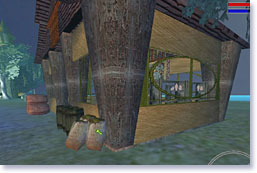 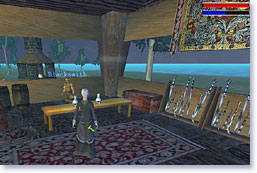 Tom: What are your plans for the game – will it see commercial release?

Vickie: Ok, Witch Gate will not see a commercial release but it will be free to play. I had never intended on selling it because it was simply a hobby project that I was making. But now it has had such a large response from people wanting to play it that I was forced to get a larger server and a lot more bandwidth to support everyone’s accounts. During this time when I upgrade the server, Witch Gate will be offline, but it will not be for long.

Vickie: I think what makes Witch Gate stand out from all other games is the storyline behind it. The story of Witch Gate took me three years to write and design from start to finish. I hope to have a second Witch Gate story finished within the year and make a game that I will try to have published so I have my fingers crossed the momentum of the Witch Gate saga doesn’t fade anytime soon.

I am really enjoying writing Witch Gate; I hope everyone has as much fun with it as I have!