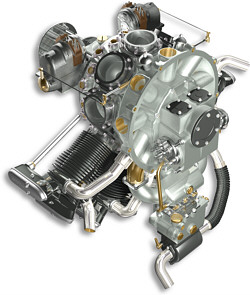 His illustrations have appeared in the pages and on the covers of National Geographic, Popular Mechanics, Scientific American, and other world-renowned publications. At the right is his latest cover image, from the June 2004 edition of Popular Mechanics.“For me, time is money, and as soon as I tried trueSpace I knew immediately that I would ‘just get on with it. I didn’t even have to read the manual, it just seemed obvious,” Wason said. “The immersive user interface is intuitive, easy to use and logical. »

A self-proclaimed “diehard perfectionist to three decimal places,” Wason said, “I create models that are as accurate to the original as possible – sometimes to 0.01mm, sometimes much higher. My clients demand this level of precision. The trueSpace user interface has the unusual facility of giving me a full spectrum of direct manipulation from completely freeform through to 0.001 unit precision. »

“I can completely immerse myself within its operation -it’s as if I’ve stuck my head through the computer screen, and can now create “real” objects, colors, textures and manipulation controls as in the real world. »

In order to create his meticulously precise models, he typically spends as much as 60-70% of the time devoted to a project on research. After the research is done, he often works in series, creating multiple versions of an image from different angles or with different colors, styles, lighting, etc. 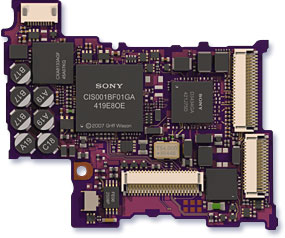 “For these engine illustrations, I trekked to museums far and wide, then spent days taking photos, making assembly diagrams, making notes of materials used, colors and so on. It is from all this research that I drew up my base set of engineering drawings, and it is from those that I used as references for my illustrations. »

With a background as a computer software engineer, Griff has used both 2D and 3D computer graphics in his work « pretty much all my career. » Griff studied music, art, and illustrating, and although he has no formal graphics or 3D training, he did study fine art and art history, specializing in ancient Egyptian art and Renaissance art. 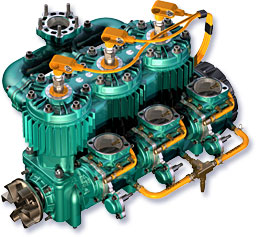 Griff notes that he « does not like or appreciate the CAD approach for 3D art, » elaborating that « creating and manipulating objects using CAD methods is akin to those wacky scientists in those old sci-fi films awkwardly manipulating objects with those clunky mechanical hands behind glass screens!«

Saying he prefers « the real time 3D feel of trueSpace, » Griff remarks that « when I discovered trueSpace it was a breath of fresh air, and has given me new vigour and interest in producing 3D artwork.«